At Woodside Academy, we are very proud of our international work, for which we received the British Council International School Award in 2019 (The Top Reaccreditation level).

At Woodside Academy we understand the importance of children learning about places and people from all around the world in order to gain an understanding of the rich and varied world we live in. We want our children to understand that difference is something to be celebrated and that learning about other people and the countries they live in is an exciting thing to do. It is vital that we prepare our children to live in a diverse and multi-cultural community.

Our journey so far …

As part of our international journey the children have been taking part in a range of activities to embed global dimensions into the curriculum, widening the way we learn. The school has previously held an international schools award (accreditation level) and we have now been working on engaging pupils in more international work since we restarted our journey. We had our International week and celebrated Chinese New Year. The school is also involved in e-twinning projects and has several partner schools on here.

As a part of one of our etwinning projects called Multilingual Book we have published our own book on Amazon called: “Stories from woodside Academy”.

Children from our 4 partner schools in Poland, Russia, Spain and Romania contributed to our project by translating our stories into their languages.

This is the link if you want to buy one.

We are currently writing second part!!!

We have also joined Postcard Exchange with Europe project. There are 13 different schools from around Europe that take part in it.

Here are some photos:

We held International week sharing assembly on the  6Th February. This year we decided that each year group would look at celebration from around the world and learn about it and its country.

Year 3  learnt about Chile and performed Baby shark song in Spanish. They also made Chile flags, created fact files and in Art they made Spanish flowers.

Year 4  chose Italy and festival of Venice. In our sharing assembly they were discussing history of the festival of Venice, Italian food and performed a song in Italian. They have also made their own carnival masks. 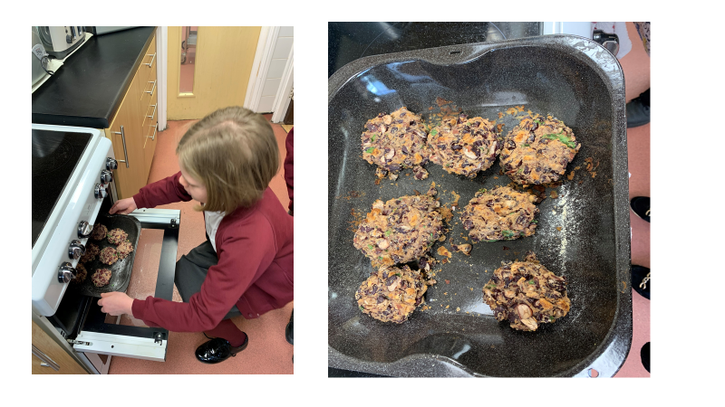 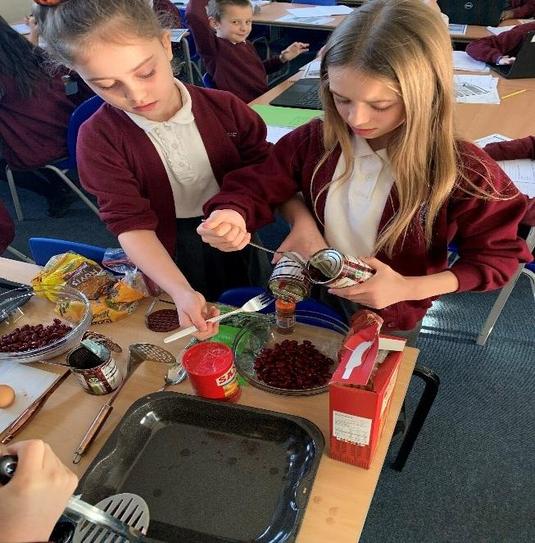 You can watch their performance by clicking here: 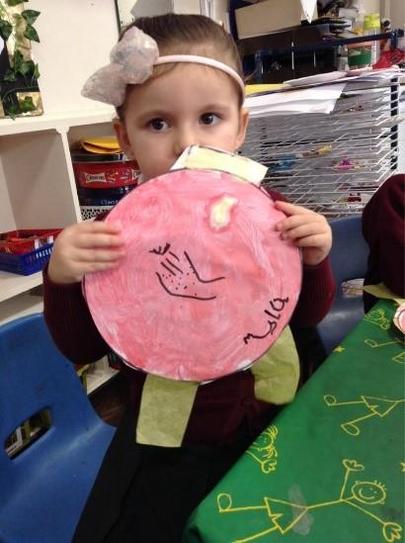 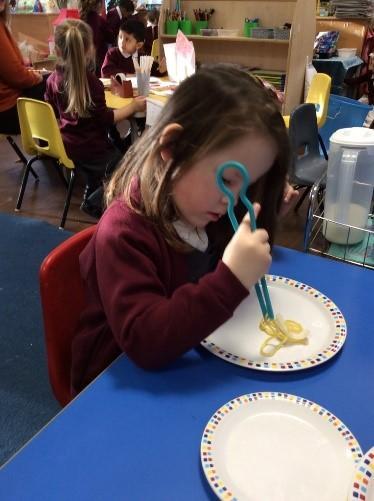 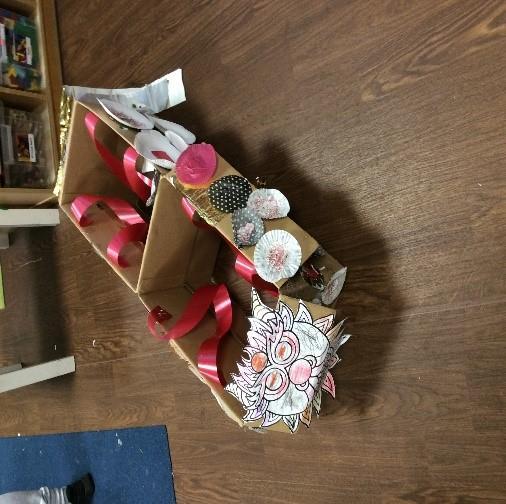 Reception chose Mardi Grass festival. They made their own masks and shakers and used them while performing their Mardi Grass song.

Year 1 chose Scotland and learnt all about Robert Burns. They performed Old lang syne song, Circassian circle, tried huggies, neeps and tatties and  made their own tartan in Art.

Year 2 chose India. They performed Diwali song Ramayana. They learnt facts about India, made their own diva lamps and Rangoli Patterns. 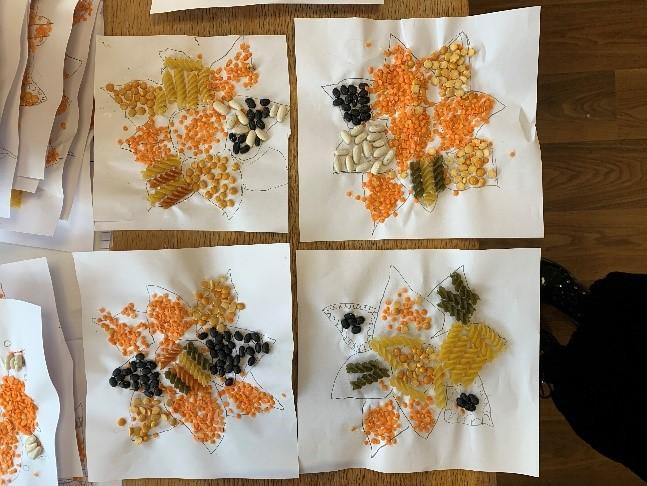 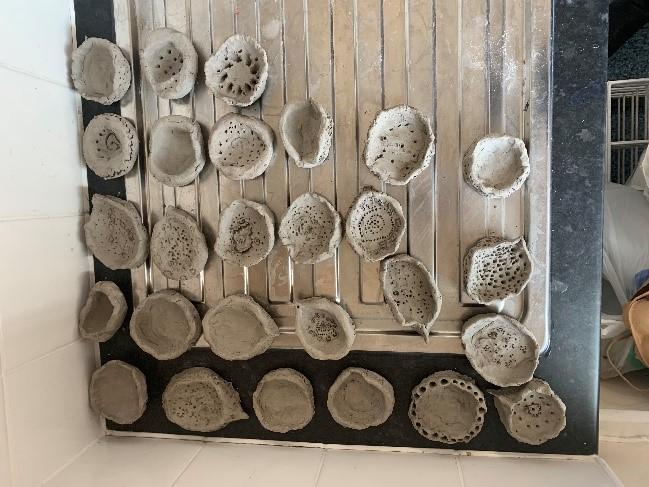 Wow! What a project. The children have learned so much through writing letters to children in many different European countries. Not only has this given the children a purpose for developing their writing skills but allowed them to ask questions and develop an understanding of cultural similarities and differences in other European countries. The vast array of handwriting styles that arrived at school really astonished the children and inspired them to develop their own.

The children continue to have weekly Spanish lessons, developing simple language skills in the modern foreign language. They also learn all about the culture in Spain and about the country itself.

Year 4 children used Gamalan (instruments from Indonesia) and constructed Javanese shadow puppets in their classes. They then performed a shadow puppet show with the instruments to the parents and the rest of the school.

Woodside has organised successful international weeks before so we decided to allocate a country to each year group to learn about for the week as this has been our most successful format previously. Teachers were asked to involve their children in cultural activities as well as learning facts about the country, and were asked to ensure that work was linked to all areas of the curriculum. Activities included making Russian dolls and Nigerian patterns in Art, creating a haka in PE, learning songs and stories in other languages in Music, making recipes with our partner school and trying food from other countries in Design technology, and learning about the religions in the chosen countries in RE. At the end of the week we held a whole school assembly so each class could show an element of their learning from the week. This included dance and song performances.

We held an assembly to introduce the start of Chinese New Year. As the whole school have celebrated this event for the last few years, we asked the children to recall what they knew about the celebrations. We sang songs that the children have been learning in Mandarin – these included songs learnt in previous years plus new songs taught more recently. Throughout  two weeks, our CLA  spent time with each class completing a class activity including creating lanterns, writing Happy New Year in Mandarin characters, Chinese dragon dances, painting masks, cooking traditional food etc. She also looked at some popular Chinese stories and myths. At the end of the two weeks (and the end of Chinese New Year) the children celebrated the lantern festival by decorating the school and sharing their work over the two weeks in a whole school assembly.

To incorporate a new element into this year celebrations, we offered Chinese dance workshops with the support of outside experts.

The school invited in a dance expert who brought music and props to create dances linked to each year groups choice of country during International Week. Year 5 learnt a traditional Portuguese dance, Year 6 learnt a Haka from New Zealand and a Year 2 dance club learnt a Mexican party dance. The rest of the school took turns to watch each class perform. We wanted children to have first-hand experiences of the cultural traditions of the countries they have been studying. By using traditional music and props we were able to immerse children in the experience.

Reception children from Woodside Academy and Year 1 children from Poland created different types of open sandwiches using ingredients from their own countries. They shared recipes, photographs and videos of their creations. They also learnt the names of ingredients and equipment in each other’s languages. Children learned about geographical position of each other’s countries and then about Polish cuisine that provides an interesting fusion of Eastern and Western influences. Polish children learned about English cuisine. They were discussing similarities and differences between ingredients they used in their sandwiches and shared their feedback with each other.

Click HERE to watch how our partner school from Poland made their open sandwiches.

Together with our partner school from Poland we created a fact file video/powerpoint of how each country celebrates Easter. We recorded a range of celebrations and facts about Easter. Children were given freedom to decide what they would like to include in the video. This activity helped children to understand the similarities and differences between how two countries celebrate the same religious festivals.

Children chose their favourite story and designed a cover for it. They chose the author from their country. At the moment there are 10 participating schools in this project! (Poland, Russia, Spain, Romania, Lithuania, Italy, North Macedonia, Croatia, Greece and Turkey). We are all planning to exchange those book covers and create a display in our school libraries.

Nursery, Year 1 and Year 3 exchanged Easter Cards with schools in Poland and Romania.

Our partner school in Poland started the project and asked if we wanted to join in. We joined the project on etwinning platform and again after about a month about 12 other schools from other European countries joined! The aim of this project was to collaborate with students of different countries, and develop healthy eating habits. At the beginning we organised a contest for the slogan and logo of our project. Afterwards each country made a flag of another country using only healthy ingredients and put the results on the Twinspace.